A Short History of Stand Magazine

Stand first appeared in 1952 when Jon Silkin used his £5 redundancy money, received after trying to organise some of his fellow manual workers, to found a magazine which would 'stand' against injustice and oppression, and 'stand' for the role that the arts, poetry and fiction in particular, could and should play in that fight.

In its 50 plus years, Stand has published early work by many writers who have gone on to become established figures - Ken Smith, Tony Harrison, Michael Hamburger, Douglas Dunn, Jeffrey Wainwright and George MacBeth are just a few. The magazine has also played a major role in bringing writers in translation to an English-speaking audience.

The search for inventive or radical or experimental work goes on. Stand appears quarterly and continues to feature some of the best in new writing, poetry, fiction and criticism.

Stand first appeared in London, then moved to Leeds when Jon Silkin was Gregory Fellow in Poetry, and where he studied for a degree in English. It moved again to Newcastle in 1965, returning to Leeds in 1999 after Jon Silkin's death.

Stand is an independent company, but works in close association with the School of English at the University of Leeds, and the School was proud to be able to host the 60th birthday celebrations for this distinguished magazine in 2012. 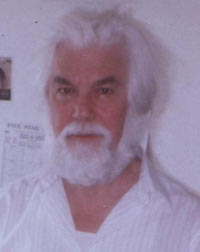 "I began Stand in London. The magazine's inception was greatly assisted by the American firm for which I was then working as a lavatory cleaner. One day, the foreman approached the five or six janitors and told us that he wanted us to work overtime, but at the flat rate. Then, as now, work was scarce, but I was so incensed by the foreman's attitude that I tried to organize a tiny union of janitors to protest against our treatment. This was unsuccessful and in the event I took the can. My employers were so anxious to get rid of me that they gave me a day and a half's holiday pay. Before I left, I went to the stationary department and, with the money, bought at a discount the paper for the magazine I intended to produce. Stand began as a mimeographed magazine with a printed cover. The first issue had twenty pages on light green paper and sold for 8d. Four hundred copies were produced and distributed."

Jon Silkin continued to produce the magazine until 1957, but then was forced to stop. It was not until 1960, while he held the Gregory Fellowship in poetry at the University of Leeds, that he began again with volume 4 no. 1, assisted financially by a number of Leeds and Bradford businessmen. The magazine was published from Leeds, without any further subsidy, until 1965.

In that year the North East Association for the Arts (later Northern Arts) invited him to base the magazine in Newcastle upon Tyne, and it was published regularly from there until 1999, when the editorial offices moved to Leeds University. Stand receives no financial subsidies from official bodies although it is supported in many ways by the University of Leeds. The Editors are very grateful to the indiviudals who help through becoming Friends and Supporters. Others offer donations and give their time in the practical business of running the magazine.

Jon Silkin died in Newcastle upon Tyne on November 25, 1997, aged 66. He was born in London on December 2, 1930. This page contains information about Silkin and a brief bibliography of his works.

Making a Republic, the last volume of poems that Jon Silkin finished, was published by Carcanet / Northern House in the Fall of 2002.

Rodney Pybus's notice from the Spring 1998 issue of STAND:

Although we managed to insert at the last moment into the December 1997 issue a slip announcing the sadly premature death of the magazine's founder-editor Jon Silkin, we feel that we would like to express our own feelings at a little greater length. We hope our readers will indulge us, because without him there would have been no magazine (This is not to say that without him now there will be no Stand).

Jon started the magazine forty-five years ago and, apart from a short break in the late 1950s, while he gained an English degree from Leeds University, kept it going ever since. This is an extraordinarily long life for a small literary magazine -- not unique, but nearly so. Its longevity is a tribute to the apparently inexhaustible drive and passionate determination on Jon's part that it should survive -- that it should provide a forum for serious poetry and fiction for new as well as established writers, and a place where the unglamorous, the unfashionable, the oppositional, the innovative, the unEnglish, the radical voices might gain a hearing as well as the more conventional, acceptable and consensual voices. Above all, he believed that language, our speech, our writing (both creative and critical) are important beyond the scope of the entertaining and the pleasurable, important though these are; that literature has a moral dimension as well as aesthetic qualities, that what we say helps to place and define us as human beings, and can affect the thoughts and feelings of others. This has not often been an accepted view, and nowadays perhaps it is even less so. But it describes what Stand believes in, and what Jon believed, fervently.

As we know now, his drive and determination and sheer physical stamina were not inexhaustible, though to many of us over the years they seemed almost superhuman. He had known for some time that his energies could not sustain the burden he imposed on them, and was actively engaged with others in searching for a younger editor to begin the process of taking over the reins. Alas, he was never a man who could take things easily or slacken his pace: to the end, even from his hospital bed, concerns and demands to do with the magazine, and drafts of his own poems were still streaming forth. He was unique. Those who worked with him and argued with him and supported him over the years did so because they too believed that what he and his magazine were about was important. We shall keep Stand going while the search continues for a fresh editor, who of course will take the magazine along new paths. Jon Silkin, poet, editor and critic, is, quite simply, irreplaceable.

back to top
Searching, please wait...